Smartphone hatred is in vogue. We are utterly dependent on our phones, and that makes us want to hurl them into the sea.

Pushback is typical of social phenomenons (just ask disco), but this one is far more harmful than sequined collars and fish tank shoes. Smartphones are purposefully designed to captivate us, and we’re overloaded.

The harm isn’t from the utility of the phone itself, it’s from the unavoidable distraction. You unlock your phone to check the time and can’t help but see 12 unread notifications.

And just like other addictions (yes, addictions), people are realizing these tiny computers are a serious source of stress. We’re overconnected, and smartphones are one of the worst culprits.

Beyond the sheer, outrageous lunacy of spending more than a thousand dollars on a phone (that I’m definitely going to drop on concrete several times), the truth is we don’t need to be reachable six different ways. We don’t need 17 notifications an hour. We don’t need something to reflexively fiddle with whenever we feel bored or awkward or anxious.

I’ve been sorely tempted to “downsize” my digital life this year, but to what? Where are our dumbphones?

Flip phones are not the answer 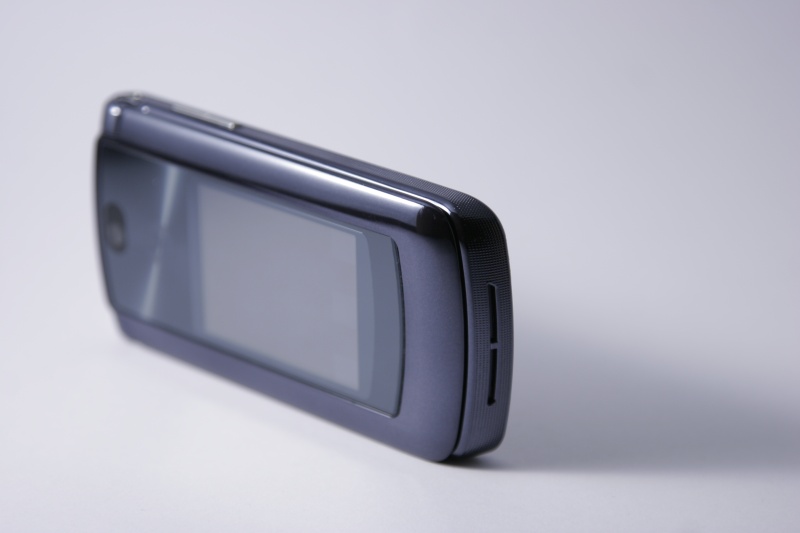 Today, you have the choice between a 5″ smartphone or a borderline useless dumb phone. (Flip or candy bar, your choice.) Yep, a high def screen and a million apps, or T9 text, and a yawning abyss in between.

Where’s the middle ground between the flagship smartphone and the flipper from 2002?

What The World Needs is a Smart Dumphone

With my habits (and propensity to get completely lost) I need just three things in a cell phone.

I need to text efficiently. T9 is garbage. Maybe you spent your formative years tapping away on a Motorola RAZR, I didn’t. We full QWERTY keyboards. (Alternatively, a simple speech-to-text app  would be wonderful.)

I need maps. When I get lost looking for a particular street or address, I want to pull out my phone and look at a map.

Oh. I guess it should be able to make phone calls too.

That’s it. Email and social media and even Uber can wait, but when I’m out and about I really need a distraction-free cell phone with usable text and GPS to keep from getting lost.

We’ve seen a few “distraction-free” phones spring up over the last few years.

The Light Phone promised to declutter our minds and pare down communication to the basics (for $150 plus shipping and handling.) Don’t get me wrong, I love the design and concept. But in taking minimalism to an extreme, this beautiful device threw the baby out with the bathwater. Listen, I really like the Light Phone. But I think it needs just a touch more functionality if they want city dwellers to adopt it.

Punkt crows about its “offline” phone, which is admittedly pretty beautiful. But once again you’re stuck in a no-man’s land with a clunky text system and little else. And it’s extraordinarily expensive, coming in over $300.

The Siempo came close. It was pretty much the perfect dumb smartphone. But it missed its crowdfunding target by a mile, perhaps because its design is utterly ho-hum.

Finally, there are an assortment of “credit card phones” which mimic the Light Phone. However, most of them require a separate smartphone to pair with.

There might be some hope. Nokia’s revived 8110 (aka. the banana phone) is a feature phone that runs on KaiOS, an Android alternative that’s essentially a rebadged version of Firefox’s defunct HTML5 mobile OS.

It’s not perfect, far from it. The build quality is suspect, and there’s no proper keyboard, so you’re stuck with T9 text. But you do have GPS and speech-to-text options thanks to Google Assistant.

There’s also the F(x)tec Pro1, a proper slider phone. But it’s a full smartphone, so not ideal if you’re trying to pare down your digital existence.

Look, I’m no Luddite. Smartphones are revelatory devices and most folks can’t live without them, and that’s fine. It’s fine to love your phone, really. All I’m saying is, there’s a market out there for those who want a more low-tech, streamlined experience.

So who’s going to make it?

The Slider Phone Returns with the F(x)tec Pro1

The ENERQi Wireless Charger Stays Out of Sight