After years of people saying “this is a thing that I want”, the Yongnuo YN450 is the first legitimate Android-powered camera since the defunct Samsung Galaxy NX. 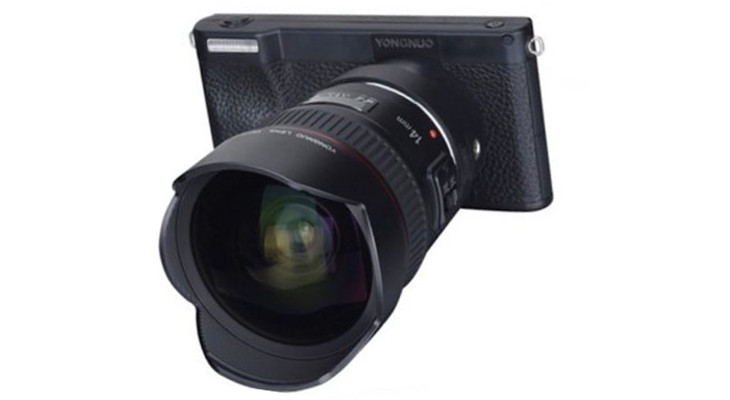 Yongnuo announced the camera as part of a naming contest on Facebook.

There’s reason to be excited for the YN450, especially if there’s full access to Google’s Play Store apps.

If that sounds like they duct-taped a smartphone to a four thirds camera, yeah. Basically yeah.

The camera itself features a sizable 4/3 sensor, 16 megapixels, 4K video support at 30fps, and a 4,000 mAh battery. It will carry 32GB of onboard storage, and a (presumably microSD) expansion for up to 64GB. Stereo mic support is included, as well as a 3.5mm headphone jack.

The YN450 won’t have many tactile controls, and it doesn’t appear to include support for a hotshoe or viewfinder, so purists beware.

It’s uncertain whether this will be a fully functional Android device, or a pared-down version. The fact that it includes an additional 8MP front “selfie” camera suggests it’ll be the former.

Nougat is an older Android build. It’s not clear whether users will be able to upgrade to the latest version.

Still, the uses are pretty appealing. That powerful display would lend itself well to on-the-fly cropping, editing and retouching, all in-camera. You could take advantage of cloud storage apps for your backups.

Perhaps biggest of all, assuming we’ll have full app access, it’ll be a lot easier to upload images to social media. No more device juggling!

Here’s where it gets really interesting.

Before we get too excited about this, it’s unclear what kind of adapter they’ll use. Proper focus with Canon lenses assumes a minimum flange length, so the adaptor could be bulky. I’ll be curious to see how Yongnuo implements this.

Still, the fact that we won’t have to buy yet another proprietary lens set is huge, and that’ll probably pay off for Yongnuo.

What is Non-Volatile Memory?