Reviewed: What are the best “smart” plugs, switches & electrical outlets?

Remember the days of the ‘clap’ light? Clap twice to turn it on and off?

It was pretty cool technology at the time, but it invariably led to rage when the clapper wouldn’t respond.

We’ve come a long way since then. With so many devices around the house, it’s easy to leave something on. That’s why a good, wireless power outlet makes life simpler and more economical.

This article is written to review some of the best WiFi controlled power outlets we’ve found. For each, I’ll outline the pertinent features, need-to-know pros and cons, and of course usability and price.

How do wireless / WiFi-enabled power outlets save money?

In the endless quest to make your home more eco-friendly, WiFi controlled power sockets are an incredible boon.

Did you know that many appliances draw power even when switched off? If it’s plugged in, it could be costing you. Things like charging stations, televisions, and even coffee makers can all draw juice while “off.”

A good, wireless, app-controlled power plug lets you ensure those devices are really off, without the hassle of manually unplugging everything.

Why use an App? Why not just a remote control?

There are plenty of advantages. Using apps, you can label different plugs and describe the device that it powers, and most systems let you monitor outlet status.

Additionally, apps don’t typically have the range restrictions that simpler remote control systems do. You can turn on your coffee maker while on vacation, for example. 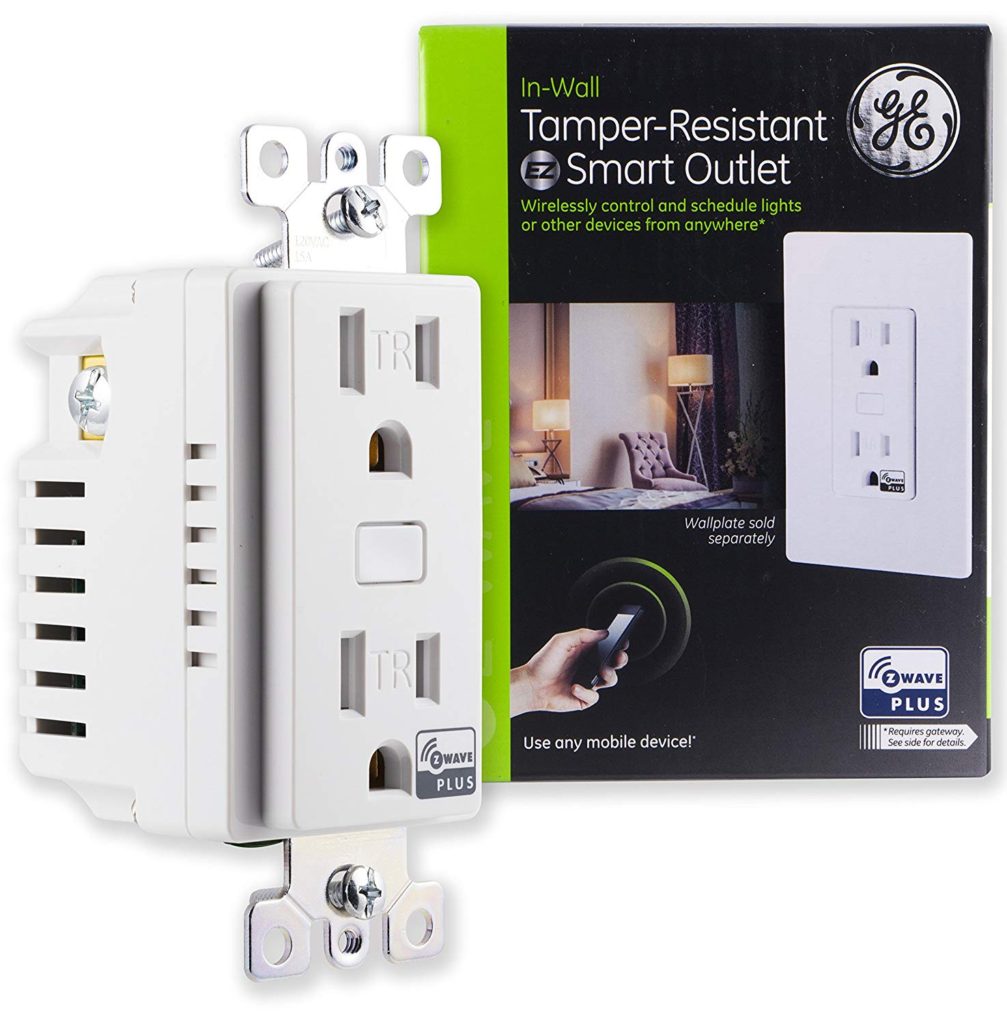 Among the most popular solutions out there, Z-Wave devices work together to relay information around your home. It’s an example of what’s often called the internet of things.

A Z-Wave wireless electrical plug can be switched on and off from anywhere. You can use either a programmable remote control, or the Z-Wave app.

It features a range of about 100 feet. However, the outlets relay messages; by sprinkling Z-Wave compatible smart devices throughout your home, you essentially have unlimited range.

Programmable settings and monitoring give you control from anywhere in the world using any device. And since it’s compatible with Alexa, voice commands are possible too.

This particular Z-Wave outlet by GE is great because installation is a breeze, and it looks just like a standard outlet. It includes one Z-Wave plug, and one “always on” plug. I’d also encourage you to check out the wide range of Z-Wave compatible wall plugs, light switches and home security accessories.

Cons: Array of options can be overwhelming 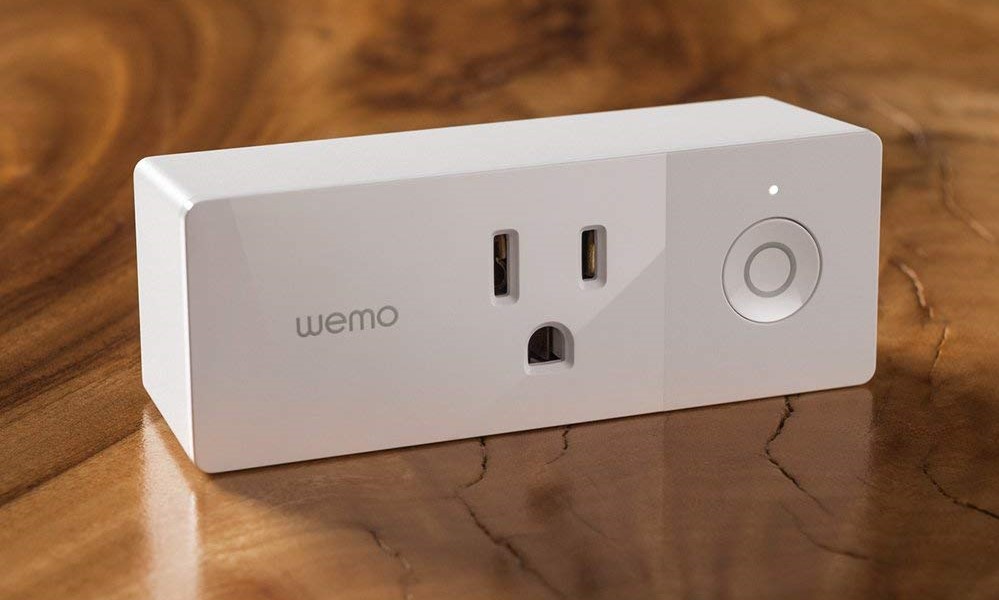 For simplicity, the Belkin Mini Smart Plug is a strong choice. It is a modular, expandable, plug-and-go system built to work with the Wemo app, with lots of compatible add-ons.

The Mini Smart Plug makes use of your home wireless internet. The Wemo app requires an Apple or Android device, and is compatible with Alexa, Google Assistant and Apple Homekit.

To install, you plug in the WiFi controlled power socket, install the app, then following the on-screen prompts to connect the plug to your router.

I really like that the Mini Smart Plug only takes up one outlet, leaving the other free.

You can access your smart plugs from anywhere with Internet access. Additionally, you can program functions. For example, you could instruct it to start the coffee maker in the morning.

On the whole, Belkin’s Wemo system is one of the top WiFi power outlets today, and wins top marks for ease of use.

Cons: Juts out from the wall a fair bit, not flush 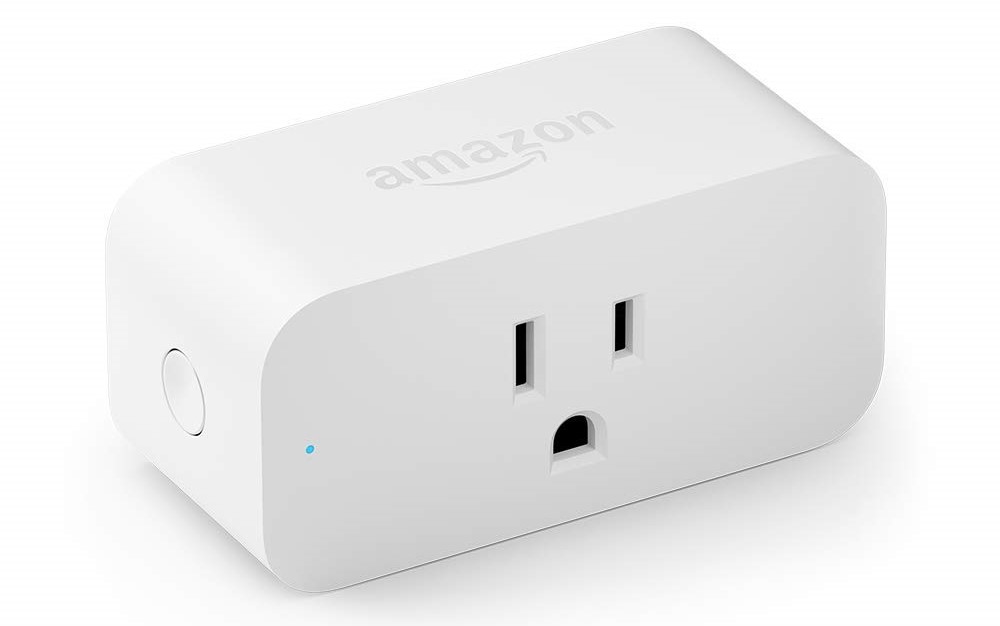 Amazon has the cheapest wireless electrical plug system around, a budget-friendly outlet with a lot of upside.

This smart, user-friendly device gives you ultimate control, whether using the app or with voice commands. Since it’s obviously designed to work in tandem with Alexa, it works seamlessly with an Amazon Echo. That said, a smart home hub is not required, you can just use the app.

Like most others, you can manage and schedule everything, and you can monitor what’s on from a distance.

Another nice feature of the app is that you can program it using intuitive voice commands. It’s pretty cool to say, “Alexa, turn on my coffee maker” and watch it happen like magic.

There are reports of connectivity issues, though we didn’t experience them ourselves. Also, this smart power plug uses 2.4g WiFi, not 5g.

RC controlled power outlets work on older technology. Each outlet contains a wireless receiver, and works with a remote control (included in the kit).

Etekcity makes a really great wireless power outlet pack with good reviews, and it’s well priced. You have five different plugs, each corresponding to a different button on the remote.

Caveat: There are two considerations with a more traditional ‘line of sight’ setup like this. First, you must be relatively close to the outlet in question to make it work. The range is about 100ft without obstructions.

Secondly, you’ll have to memorize which button corresponds to which outlet. Some masking tape labels can help.

Each RC socket has a learning feature which lets you reprogram it with another remote. You can also program one button to turn on multiple outlets, a handy thing for a living room full of devices.

It’s cheap,  dirt simple, and not reliant on internet access, smartphones or WiFi.

What are your experiences with WiFi enabled power outlets? Do you have any recommendations that I might have missed? Thanks for reading.

The ENERQi Wireless Charger Stays Out of Sight

How to Set Up a Powerline HomePlug Network at Home