After years of struggling with various cheap, flimsy membrane keyboards, I decided it was time to make the switch to mechanical.

I tried several boards, but struggled to find anything that fit my typing style. Years on laptops had inadvertently trained my fingers to hate travel distance.

So I dug into some forums and found what I really wanted: a low-profile mechanical keyboard.

Dareu’s EK820 is one of several low-profile mechanical switch keyboards out now, and it offers short key travel while still benefiting from the durability, feel, and precision of mechanical switches.

Here are my thoughts on the EK820, by Dareu. 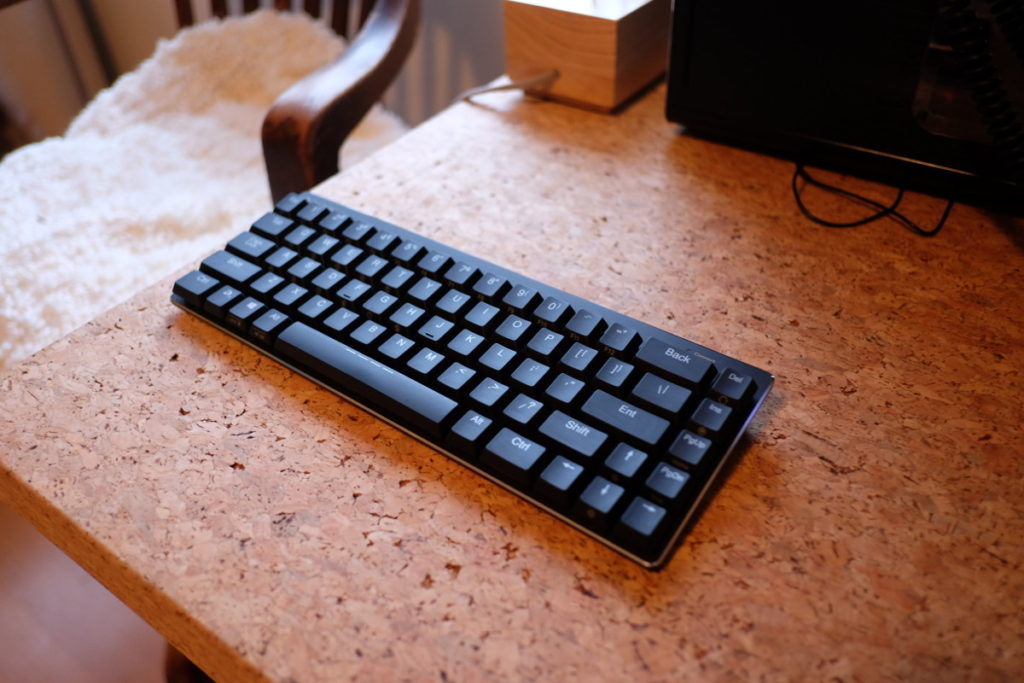 Dareu chose to use Kailh Mini Chocolate switches, also known as the Kailh PG1350 series, for this board. It’s currently available in blue and red. I specifically chose the quieter linear reds as opposed to the more popular blues. (I’m a fan of the clicky, but my wife is not.)

All these switches have a 50g operating force, which feel reassuring yet light, firm yet not fatiguing. They’ve proven to be durable too. Kailh Chocs are a pleasure to type on and my WPM is up as a result. 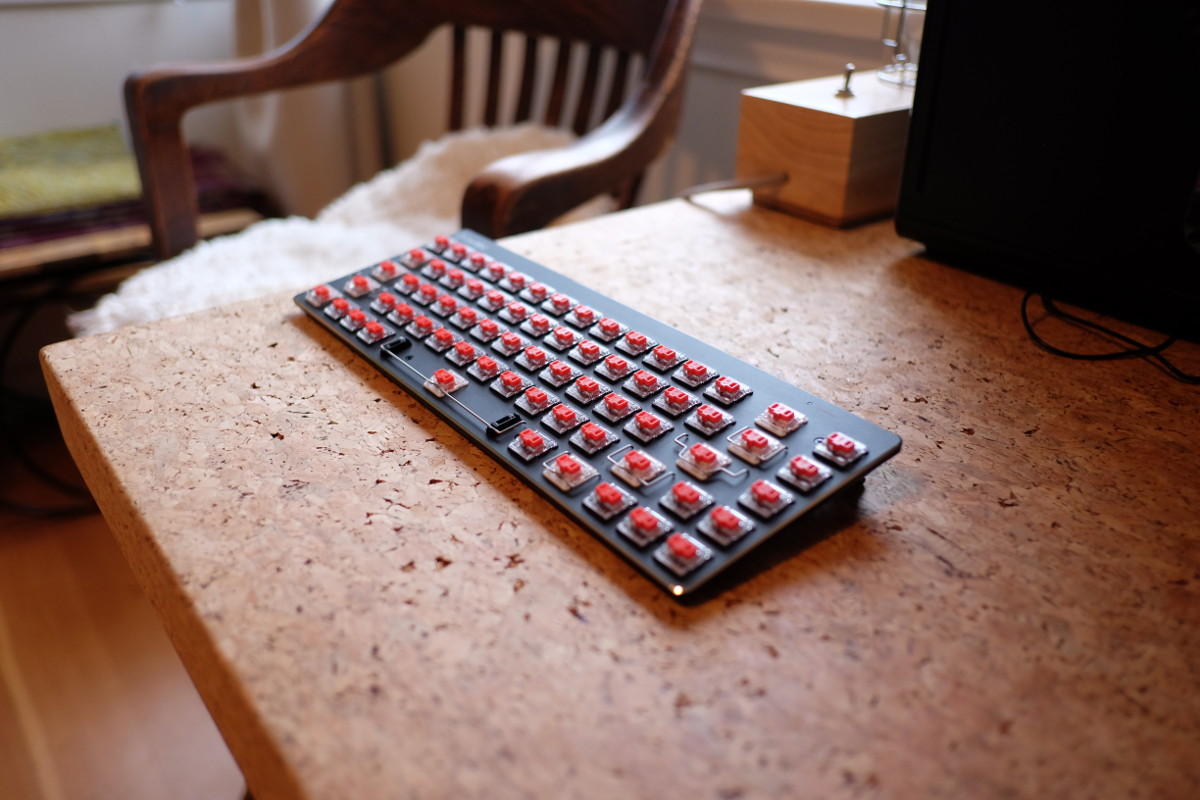 The key caps are easily removed, either with a keycap remover or just by hand.

Key travel is just a few millimetres, which is exactly what I was searching for. If you’re coming from a laptop keyboard or a low-profile dome or membrane, this is an easy transition. I’ve never experienced the finger fatigue I felt with conventional mechs. 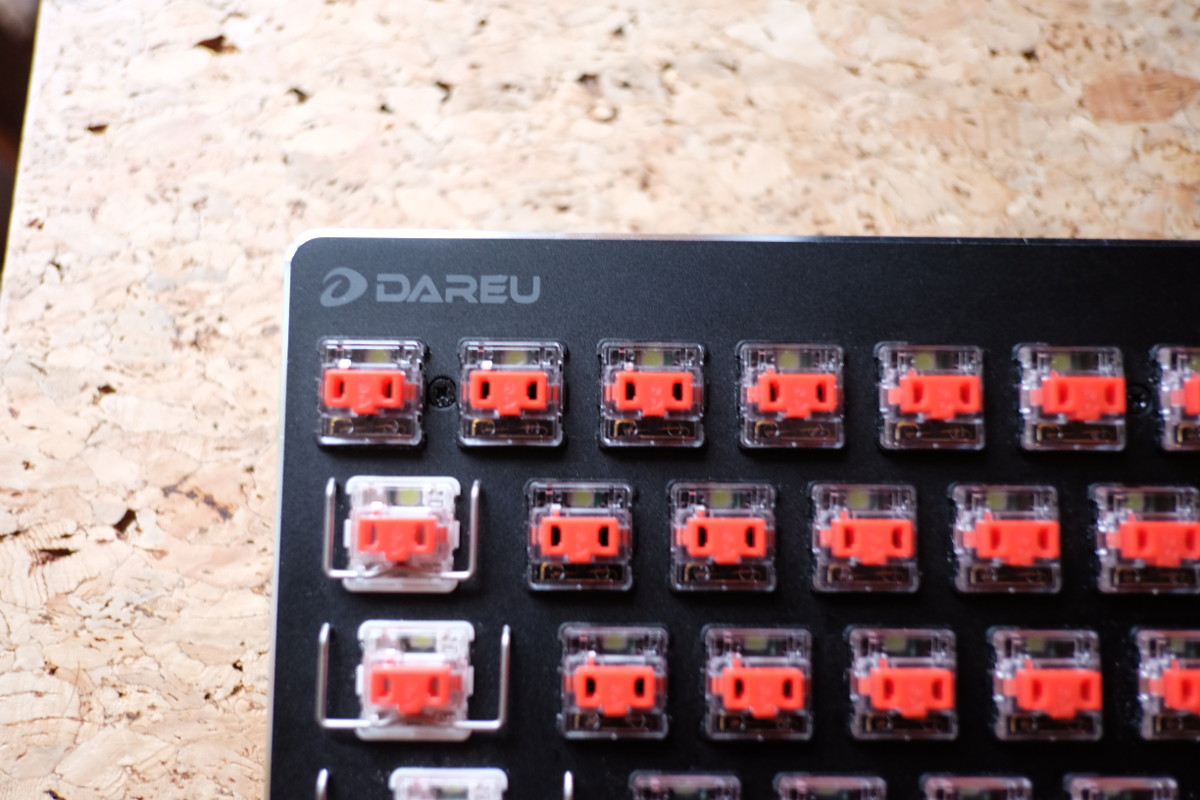 Due to that tiny amount of travel, I do tend to bottom out the key on each stroke, but the switch activates slightly before then if you’re a gentler typer than me.

Bottoming out or not, I find that the red switches are quite quiet. The blue switches are less so because, y’know, the clicky. 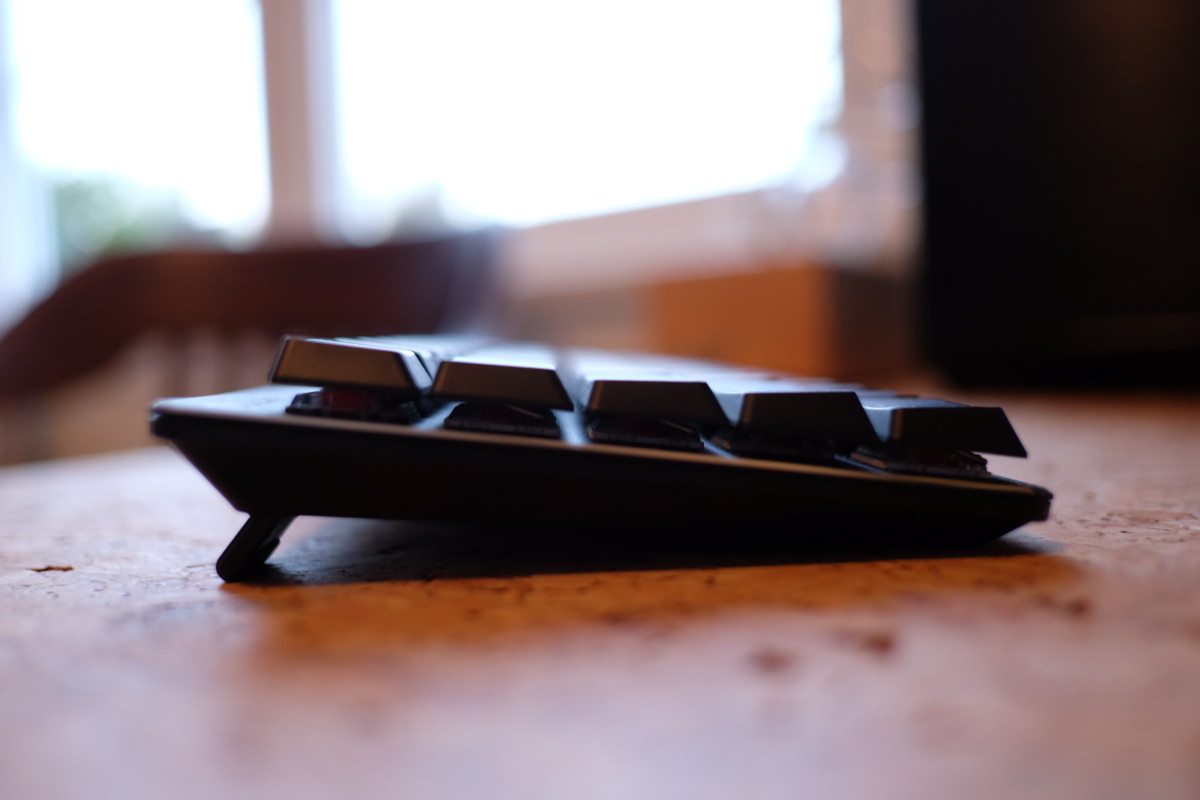 I love these key caps. They’re subtly convex (aside from the spacebar), and coated in a rubberized texture that’s reassuring and feels fairly premium.

The keys are easy to read, without any silly fonts or over-stylization. The backlight is fairly bright and illuminates everything when I’m typing in the dark, and the LEDs are stored within the switch itself.

As mentioned before, pulling keys is (mostly) easy to do even without a key puller.

Bluetooth: The keyboard is bluetooth-enabled, meaning you can unplug and connect wirelessly. I thought I was going to use that feature a lot, but so far I haven’t.

The main reason? Once you pull the USB plug, you lose the backlighting. Boo.

That’s obviously a battery-saving effort, since the tiny 300mAh rechargeable inside the keyboard wouldn’t last long while blasting lighting effects. Still, it was a tad disappointing.

The bluetooth works well, albeit with a limited range (probably 15 feet or so.) Connectivity was fiddly, but it eventually paired.

Because of its small size and wirelessness, the 68-key version makes a stellar travel keyboard.

Lighting: The lighting is pretty fun and similar to what you’d find on other low-profile mechanical gaming keyboards. With six effects ranging from strobe to a snaking pattern, it looks really snazzy.

As for colour choice, it lights up in any colour you want, as long as it’s teal. That doesn’t bother me, but if you’re wanting everything to be super matchy, it’s a factor.

The deck is made from plastic with a small, metal, beveled edge running around the circumference. It’s a really nice effect.

There’s also a metal plate in the back, which adds stability and makes the board feel a lot heavier than it otherwise would. I haven’t had any issues with the keyboard moving around when I type, and it doesn’t flex or creak either. It passes the twist test with flying colours.

That could be by merit of its size; I opted for the 68-key tenkeyless model. The 87-key or 104-key full-size boards might be less stable, I’m not certain. (Hey Dareu, send me some boards to review?)

If you’re someone who enjoys customizing a keyboard with unique keycaps, you’ll be a bit limited with Kailh’s Choc switches. It’s a relatively new mechanical switch, and somewhat niche. You can find some custom keycaps at NovelKeys, (one of my favourite sites) as well as replacement switches. 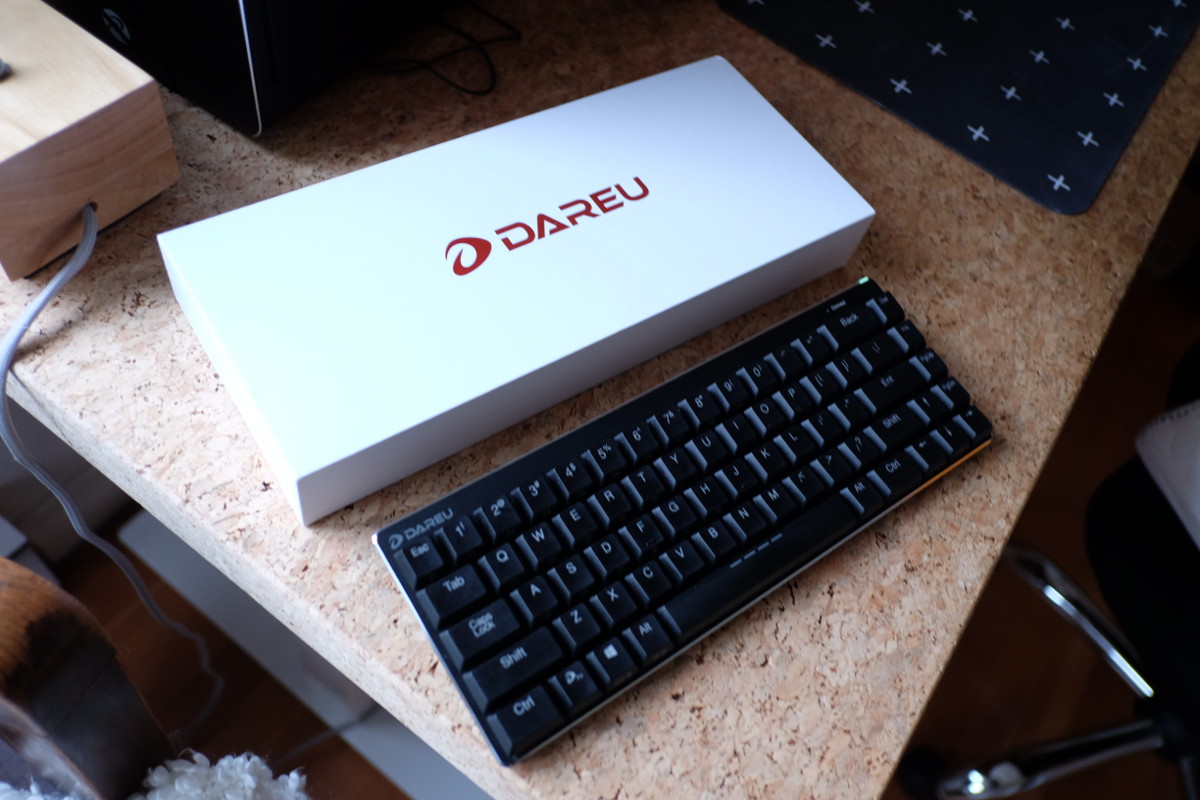 This is an inexpensive keyboard as low-profile mechanicals go. I paid about $65 USD for it and picked mine up from Flashquark, (at the time the only place selling the red-switch version) but you can find it various spots now. Flashquark is an awesome seller.

Does it stand up to higher priced mechanical keyboards? No, it doesn’t. But I didn’t expect it to. As mechs go this falls into the affordable range. And for that price it’s really excellent; aside from a few minor quirks I’ve enjoyed typing on it for the last few months.

If you  think you might need a few more keys, the pricier, tenkeyless 87-key can be found here.

If not having Bluetooth isn’t a dealbreaker and you’d rather have colour, Havit makes a very similar keyboard with the same low-profile, Kailh Choc switches. Both functionally and design-wise, it seems almost identical.

Thanks for reading, let me know if you have any questions about the Dareu EK820 or the Kailh low-profile switches, fire away.